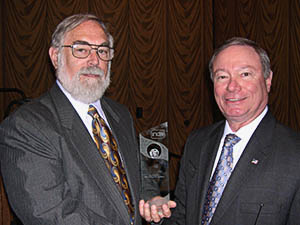 Occasional review for Textile Research Journal, International Nonwovens Journal, Journal of Applied Polymer Science, the U.S. Department of Commerce (patents), the U. S. Department of Agriculture (Research and SBIR proposals) and Presentation of some 80 papers at short courses and scientific meetings, author/coauthor on some 50 refereed publications, and  inventor on 6  US Patents.

Teaching of a course in Non-Conventional Fabric Structures (nonwovens and carpets).  The course covers both the manufacturing technologies and the structure and properties of the products produced.

Teaching in a dozen or more short courses and tutorials presented by the Nonwovens Division of TAPPI and at the International Nonwovens Technical Conference (nonwoven products, fibers and processes).

Short teaching, research or testing projects as service to industry for at least fifty different companies.

Dr. Broughton’s broad background in science and engineering allow him to make contributions to a wide variety of problems in manufacture, processing and use of fibers and polymeric materials.

PRESENTATIONS (Presentation made by RMB unless otherwise noted)

Throughout career:  More than  $7,000,000.  from various agencies including:
The National Textile Center
NASA
U. S. Air Force
U. S. Army
U. S. Navy
USDA
NSF
Cotton Inc.
A variety of industrial sponsors.

Consultation and expert witness on UV degradation of polymers for an industrial client.
Consultation on patents for yarn manufacture.