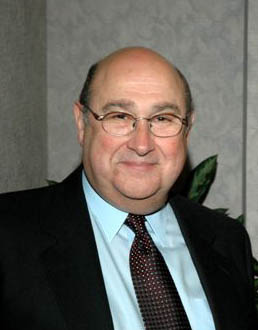 Bio of Cos Camelio, Technical Director of INDA

Cos Camelio is a 40 year veteran of textile dyeing and finishing and nonwovens.

He started his career in 1964 with Chicopee at the Chicopee Falls location in Massachusetts as a shift supervisor and management trainee. He was involved in the bleaching of gauze for Johnson and Johnson as well as the dyeing and finishing of woven textiles for apparel interlinings and industrial applications. During his tenure at Chicopee Falls, he focused on product and productivity improvements and started the first formal safety program for the location. Cos eventually was promoted to Plant Manager of the Chicopee Falls location and then to Northern Operations Manager responsible for a weaving mill plus the finishing plant.

In 1975, Cos transferred to Chicopee’s nonwoven operations in North Little Rock, Arkansas as plant manager of the staple fiber operations. Cos again focused his attention to productivity improvements and plant safety as well as capital improvements and plant expansion. In 1979, he was promoted to site manager with responsibility for both a wet-laid plant as well as the staple fiber operation.

In 1983, Cos joined Freudenberg Nonwovens as Vice President of Manufacturing with responsibility for two facilities, corporate engineering, capital budgets, and R&D. Between 1983 and 2000, Cos held various positions within Freudenberg Nonwovens including COO and President. During this time, Cos guided the expansion of the Hopkinsville, KY plant to three times its original size, modernized the production equipment at both locations and oversaw the building of a new facility in Durham, North Carolina.

In addition to these physical changes, Cos converted the staple fiber facilities to a seven day operation and instituted the first organized safety program at these facilities which led to the best safety record of all Freudenberg factories worldwide. He also led the move toward lean manufacturing practices with Kaizen teams, guided the facilities to ISO 9000 and QS 9000 quality standard certifications and began the process of certifying the facilities to the ISO 14000 environmental standard. Cos retired from Freudenberg in April 2000.

Cos joined INDA in 2001 as it’s Technical Director. In this capacity, Cos is heavily involved with the harmonization of standard test methods with our sister organization, EDANA, providing technical information to member and non-member alike, involved with both ISO and ASTM standards committees, shares the responsibility for the programs at technical conferences like INTC, Filtration and IDEA and facilitates a number of INDA committees.