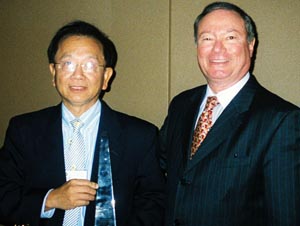 P.C. graduated from Tunghaii University in Taiwan, and completed his Masters in Chemical Engineering at the University of Missouri-Rolla in 1968 followed by a Ph.D. in Chemical Engineering at SUNY-Buffalo.  He performed post-doctorate work at the Stevens Institute of Technology in polymer rheology and processing.  During his tenure in academia he worked on ethylene-polyethylene phase diagrams that were instrumental in the development of two-phase resins which are in common use today.

He started his professional career at American Can Company in Neenah, Wisconsin where he worked on both rigid and flexible packaging films.  He was instrumental in introducing melt rheology principles to that organization.  His worke there also include both extrusion and blow molding.

In 1977, he joined Clopay Plastic Products Company, and he has been with this company ever since being a key contributor to the hygiene, non-woven and films industry for 29 years, and recently retired in February of this year from Clopay.  During this period he moved from the ranks of Research Associate to the position of Senior Director of Product Devlopment-Hygiene and Global Coordinator for P&G projects.  Through his tenure, has has been the leading product developer for the organization and has been influential in developing and commercializing the technology base for Clopay.  He is one of the pioneers in commercializing microporous breathable film technology and elastomeric film laminates in the industry and has 31 patents in the field of polymeric films and non-woven laminates to date with an additional 4 filed patent applications and 2 more provisional patents in queue.

Listed below are some of the various products that have been developed and commercialized for the hygiene (personal care products) industry.

Most of his inventions involve use of films, and film/nonwoven laminates with the majority of these products being dedicated to the personal care absorbents product industry.  Below is a list of the patents issued to Dr. Wu and assigned to Clopay Plastics:

P.C. has been involved with INDA for the last 26 years.  He has also been a presenter at various industry conferences and has published several papers on our technologies.  Listed below are some of the papers and articles that has had published or presented at conferences: 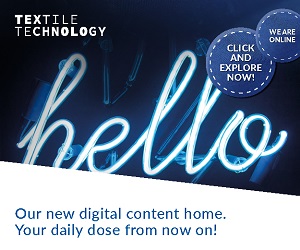