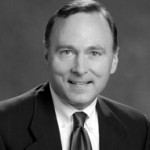 CARY, N.C. — October 9, 2012 — The Board of Directors at INDA, Association of the Nonwoven Fabrics Industry, this week appointed David Rousse as the new President of the leading global trade association. Effective October 15, Rousse will assume the position currently held by Rory Holmes, who has announced his retirement in mid-2013.  Mr. Holmes has held the position since October 2003.

Rousse most recently served as CEO of HydroLogex LLC, a young Franklin, TN-based virtual manufacturer of proprietary decentralized wastewater treatment systems in the CleanTech sector. Prior to that he held leadership positions in Fiberweb, then a $1 billion global manufacturer of specialty nonwoven fabrics.  He entered Fiberweb in 2005 as President, Hygiene/Medical Americas in Simpsonville, SC, before being promoted in 2007 to President, Fiberweb Americas, based in Nashville.

“With Rory Holmes planning to retire in the middle of next year, the Board felt it was important to begin the transition by bringing in an executive of Dave Rousse’s caliber as early as possible,” says INDA Board Chairman Todd Bassett. “With IDEA 2013 being held in Miami Beach next April, it is important to our members and the industry that the new leadership of INDA be in place for our signature event. We are pleased to be able to have Rory Holmes available to help with the transition.”

“I am both excited and honored to lead a wonderful association like INDA,” said Rousse. “Having been actively involved with INDA throughout a large part of my career, I have experienced first-hand the benefits they bring to their members and the industry. Rory has done an exemplary job over the last nine years in building the INDA team and the organization and he’s leaving me in good hands. As I move into the role, he will be indispensable in ensuring a smooth transition.”

When he joined Fiberweb in 2005, Rousse was given the responsibility to reverse the declining performance of the $400 million North American Hygiene/Medical business and led a major restructuring initiative.  He was promoted in April 2007 to President, Americas and given additional responsibilities for the $300 million Americas Industrial business, where he led the efforts that tripled Fiberweb Americas’ operating profit from $6.4 million in 2007 to $19.2 million in 2008.

INDA is the leading global association of the nonwoven fabrics industry.  Since 1968, INDA has provided a variety of industry focused networking events to help members increase sales and market share.  INDA is the nonwoven industry’s premier source for market leading education, global forecasts, testing standards and trend reports which provides members the information and knowledge to better plan and execute their business.  Through its on-the-ground efforts in Washington DC, INDA provides members a strong voice within government on topics that affect the nonwovens industry.  For more information visit www.inda.org.