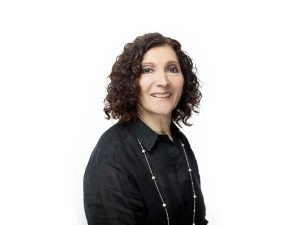 RTP, NC, November 23, 2021 – AATCC is pleased to recognize Louann Spirito as the recipient of the AATCC Technical Committee on Research (TCR) Service Award for 2021! She is being recognized for her leadership and support on the M14 Face Covering Monograph.

Spirito received a BS in Textile Science from the University of Rhode Island in 1976. She has been with SGS North America Inc. since 2001 and currently serves as US & Canada Softlines Business Head. Prior to this, she worked from 1981 through 1997 at Associated Merchandising Corporation as a Product Evaluation Specialist, and from 1997 through 2001 at Frederick Atkins Inc., where she advanced from Manager of Quality Assurance to Divisional Vice President of Quality Assurance.

Spirito is a frequent presenter at industry seminars and conducts training workshops for apparel and footwear testing. She has contributed a chapter on Textile Testing to Birnbaum’s Global Guide to Material Sourcing by David Birnbaum, as well as various articles on textiles and testing. In 2008, Spirito was named to the University of Rhode Island Textiles Fashion, Merchandising and Design Wall of Fame.

The Technical Committee on Research (TCR) Service Award was established in 2008 to recognize those members who have contributed greatly to the AATCC organization in a technical capacity. Senior members of the Association with at least five years of continuous membership in AATCC, who have contributed outstanding technical service to the Association through activity in a research committee, are eligible. Selection is by unanimous choice of the TCR Service Award Committee composed of the current chair, vice chair, and secretary of the Technical Committee on Research (TCR), as well as the chair of the Executive Committee on Research (ECR). The Award consists of a plaque and an honorarium. This award was presented to Louann during the Textile Discovery Summit Awards Luncheon at the Sheraton Imperial Hotel Raleigh-Durham Airport at Research Triangle Park, North Carolina on November 18, 2021.

To see a full list of past recipients, visit  https://aatcc.org/tcr/