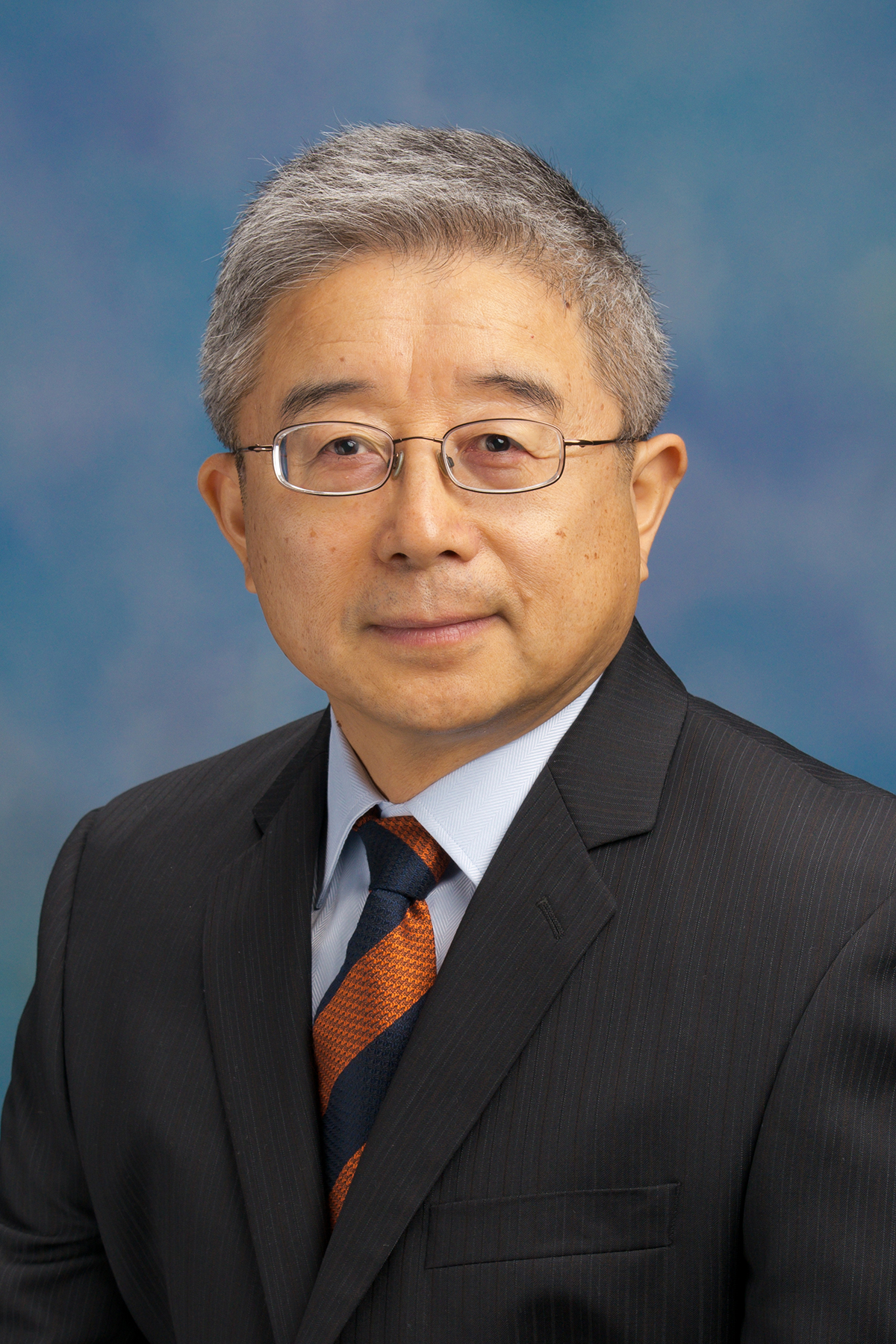 RTP, NC, November 4, 2022 – In recognition of his outstanding service to the American Association of Textile Chemists and Colorists, AATCC named Gang Sun the 2021 recipient of the Harold C. Chapin Award. The award was presented at the recent AATCC Textile Discovery Summit in Charlotte, NC., USA.

To see past recipients, or to nominate a future recipient, visit:
www.aatcc.org/chapin.

A member of the Association since 1995, Sun has been active in AATCC as an educational speaker and paper presenter. He has also been very involved with AATCC publications and has authored numerous peer reviewed papers published in AATCC Journal of Research, AATCC Review, and their predecessors. One of his papers received the 2006 J. W. Weaver Paper of the Year Award. Sun also contributed a chapter in the AATCC publication, Analytical Methods for a Textile Laboratory, 4th Edition.

In 2017, Sun joined the AATCC Publications Committee. He has been a part of AATCC Journal of Research since its inception in 2014, first as a dedicated Associate Editor, and as the Editor in Chief since 2019. Under his leadership, journal submissions increased and have been cited frequently, strengthening the value and rank of the Journal among textile research publications. Not only has he overseen the standard issues of AATCC Journal of Research, Sun also oversaw three special issues created in conjunction with national and international conferences. 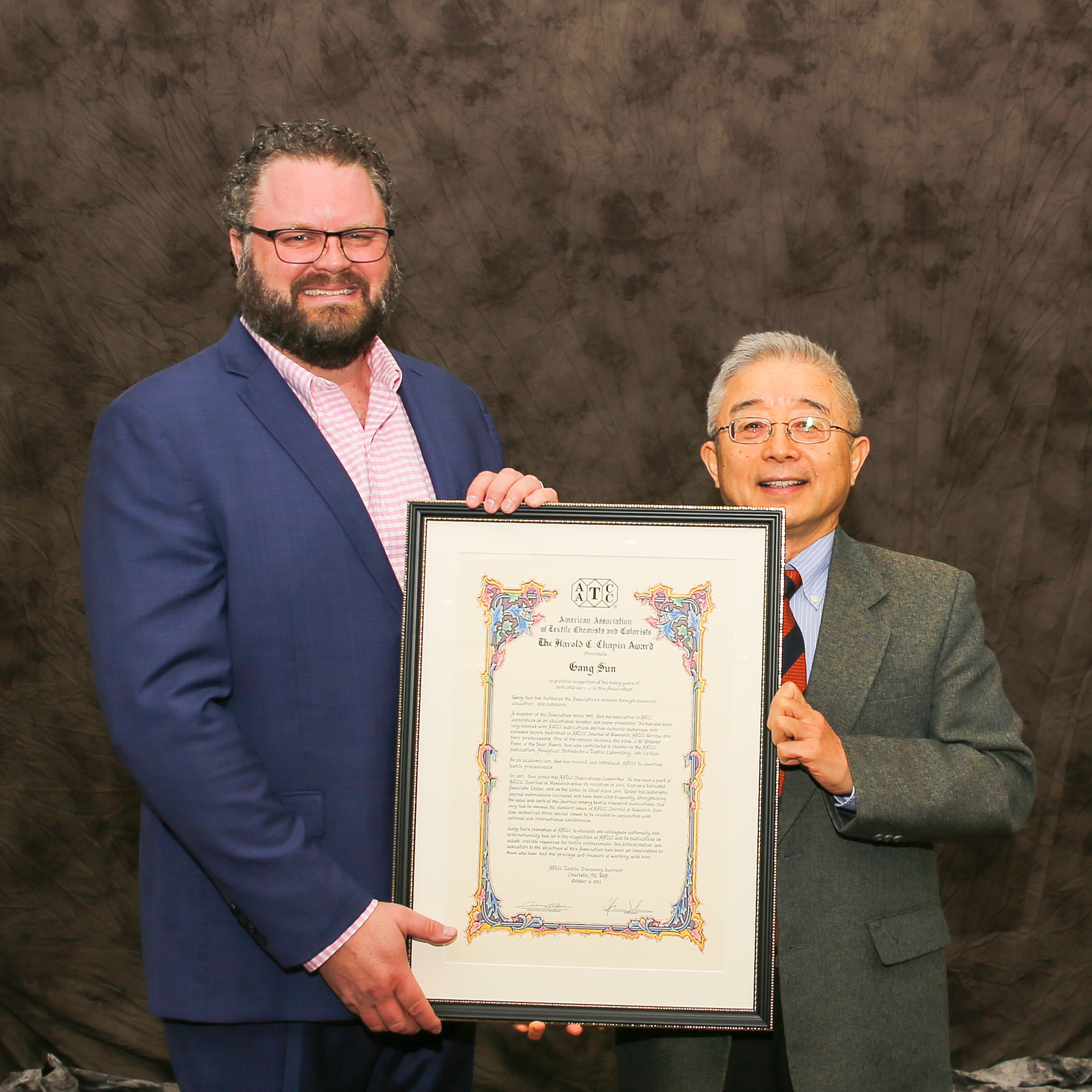 As an academician, Sun has trained and introduced AATCC to countless textile professionals. Sun’s promotion of AATCC to students and colleagues nationally and internationally has led to the recognition of AATCC and its publications as valued, credible resources for textile professionals. He was the 2016 recipient of the Olney M Medal for outstanding achievement in textile science and presented this year’s Medal during the Textile Discovery Summit awards luncheon.

Sun is a professor in the Department of Biological and Agricultural Engineering at the University of California, Davis. He received his BS and MS degrees in Materials Science and Fiber Engineering at Donghua University. Ten years after this, he completed his PhD in Chemistry at Auburn University, and in 1995, began his career as an Assistant Professor at the University of California, Davis. Sun has published more than 320 peer reviewed articles, co-written 24 book chapters; and has 18 US patents, with five provisional patent applications pending.

The Chapin Award was established in 1958 in honor of Harold C. Chapin, professor of chemistry at Lowell Textile School, who served as national secretary of AATCC for nearly 25 years.