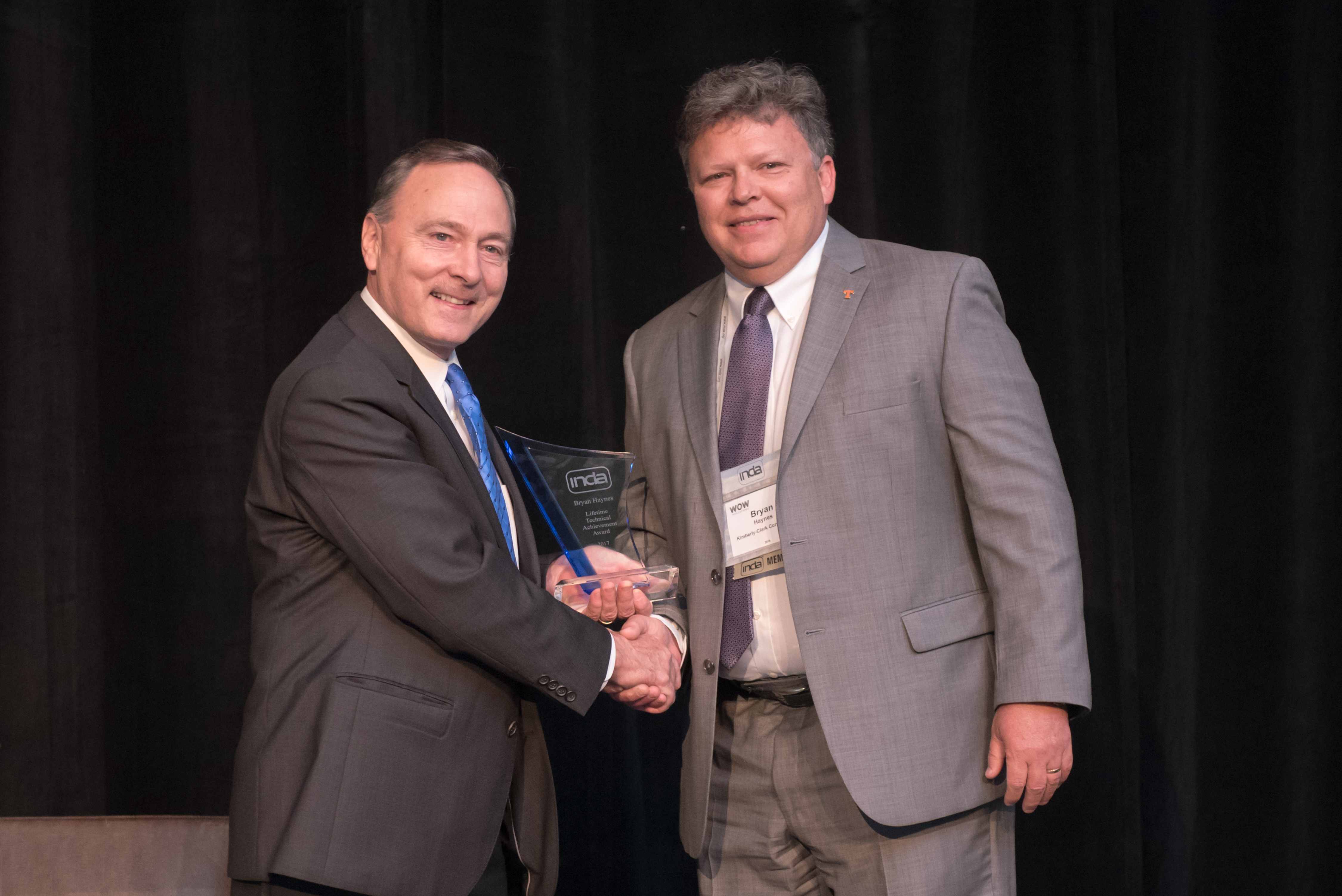 Dr. Haynes received his B.S. and M.S. in Aerospace Engineering and Ph.D.in Mechanical Engineering from the University of Tennessee at Knoxville. During his graduate studies Dr. Haynes specialized in the aerodynamics and polymer processing of the meltblowing process which was funded by Exxon Chemical Company.

Dr. Haynes has published several papers and has obtained 43 U.S. Patents and 13 Trade Secrets during his Kimberly-Clark career. He currently holds the position of Director of Research and Engineering in Global Nonwovens at Kimberly-Clark. His team is responsible for the front end innovation portfolio and prototyping capabilities including the pilot facilities supporting Kimberly-Clark’s various businesses.

Dr. Haynes has received several awards including the Kimberly-Clark Technical Excellence Award and the 2012 Rodney D. Chipp Memorial Award from the Society of Women Engineers. He is also an Adjunct Professor at The University of Tennessee in the Department of Mechanical, Aerospace and Biomedical Engineering.

He serves on the External Advisory Board for the School of Materials Science and Engineering at the Georgia Institute of Technology and on the Board of Directors as Secretary for Georgia FIRST which is a non-profit organization that supports STEM programs in Georgia, including FIRST (For Inspiration and Recognition of Science and Technology) Robotics, Lego League, etc.