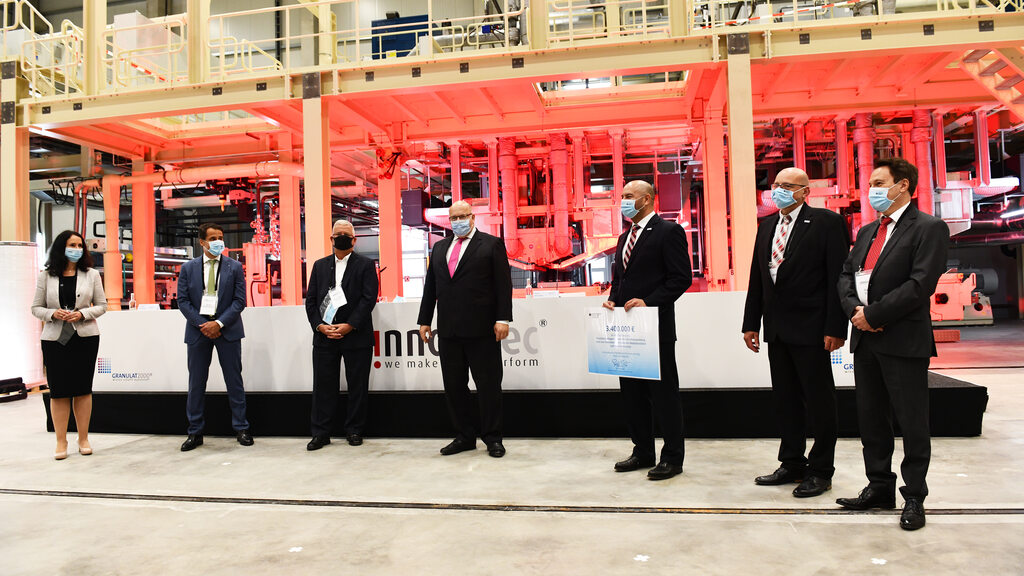 Germany’s Federal Minister of Economics Peter Altmaier (4. from left) launching the Funding Program together with Rainer Straub, Head of Oerlikon Nonwoven (1. From right)

Pfäffikon, Schwyz, Switzerland; Troisdorf, Germany – June 5, 2020 – Germany’s Federal Minister of Economics Peter Altmaier today handed over the first notice of funding to Innovatec GmbH in Troisdorf as part of the recently launched “Nonwoven Production” funding program. The North Rhine-Westphalian company intends to produce an additional 1 500 tons of nonwoven per year in the future with the two newly installed subsidized meltblown lines of which one is from Oerlikon Nonwoven. The additional volume will enable the production of more than 1.5 billion protective masks.

Innovatec GmbH, the self-proclaimed largest nonwoven manufacturer in Europe, has invested a two-digit million Euro amount in two new production lines for meltblown nonwovens. Both lines are “made in Germany” – and one line comes from Oerlikon Nonwoven in Neumünster. “We are very proud to have been involved in this project from the very beginning and to be able to actively support such an important nonwoven producer as Innovatec with our meltblown technology”, explained Rainer Straub, Head of Oerlikon Nonwoven.

Peter Altmaier said at the on-site event: “We want to significantly expand production capacities for protective equipment in Germany and thus effectively reduce our dependence on imports. Our long-term goal is to cover the entire value chain – from machines to filter fleece and protective masks. The investment by Innovatec GmbH has brought us a big step closer to our goal of an additional 4 000 tons of nonwoven annually”. In order to also promote the further value-added chain, the support program of the Federal Government was supplemented by two further modules on June 1, 2020. With these, the establishment and expansion of facilities for the production of up to seven billion certified protective masks will be supported with an investment grant of up to 50 percent. 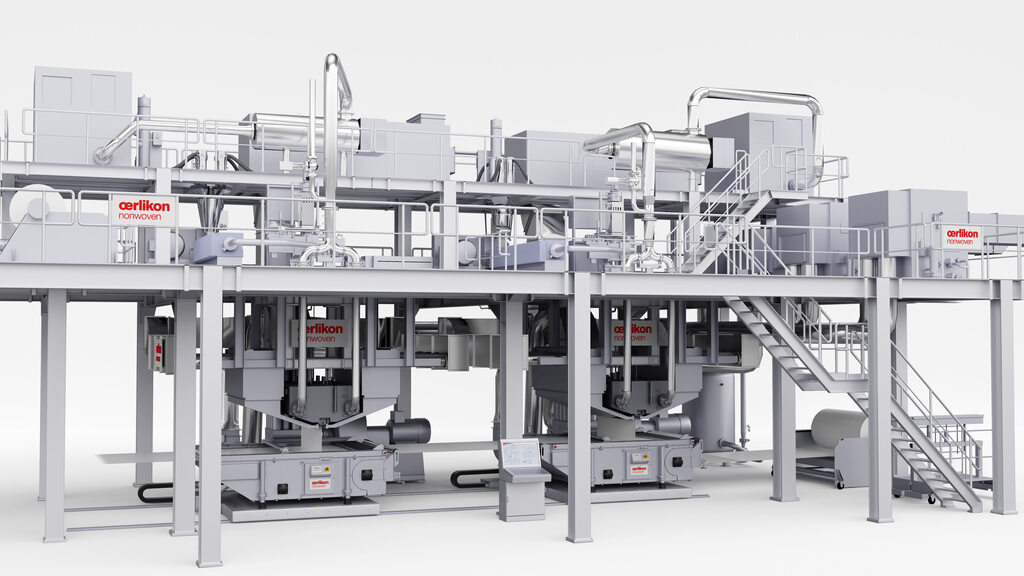 Oerlikon Nonwoven meltblown technology is recognized in the market as the technically most efficient method for producing high-efficiency filter media from synthetic fibers.

Oerlikon Nonwoven with orders until 2021

Oerlikon Nonwoven decided already months ago to significantly ramp up their production of the machines and systems for its meltblown technology. The demand from Germany, Europe and the whole world resulted in a pleasing increase in order intake in a very short time. “We are already looking ahead to 2021 thanks to an attractive order pipeline. Our order intake is now in the upper double-digit million Euro range. We have adjusted our delivery times to the extent possible. This is what has enabled us to deliver the first meltblown line here at Innovatec GmbH. Further deliveries and installations are scheduled globally”, added Rainer Straub.

Oerlikon Nonwoven meltblown technology, which can also be used to produce nonwovens for protective masks, is recognized in the market as the technically most efficient method of producing high-separation filter media from plastic fibers. Most of the protective mask capacities available in Europe to date are produced on Oerlikon Nonwoven equipment.

Oerlikon (SIX: OERL) engineers materials, equipment and surfaces and provides expert services to enable customers to have high-performance products and systems with extended lifespans. Drawing on its key technological competencies and strong financial foundation, the Group is sustaining mid-term growth by executing three strategic drivers: addressing attractive growth markets, securing structural growth, and expanding through targeted mergers and acquisitions. A leading global technology and engineering Group, Oerlikon operates its business in two Segments – Surface Solutions and Manmade Fibers – and has a global footprint of more than 11 100 employees at 182 locations in 37 countries. In 2019, Oerlikon generated CHF 2.6 billion in sales and invested around CHF 120 million in R&D.