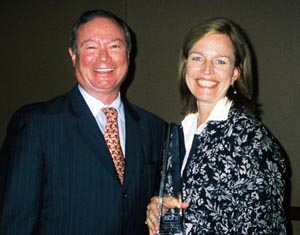 Conceived multi-functional low cost nonwoven / film laminate fabrics which can be engaged with mechanical “hook” type fasteners. Bond pattern and three laminate patents were granted as a result of this work.

Polyethylene textured meltblown and co-form laminates were developed which led to an early baby wipe project utilizing this approach for a two-sided baby wipe product. A patent was obtained on this concept.

Championed an olefin polymer in-situ meltspray technology for fluff pad integrity for adult incontinence products. A patent was obtained and this process was commercialized.

Apertured and /or three dimensional nonwovens for multiple new product applications were developed. A patent application was granted in 1988. Commercial use of this material and process is still under evaluation for wipes and washcloths.