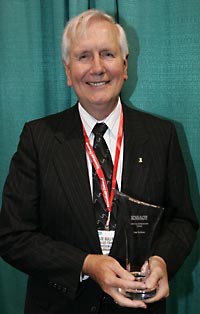 Mr. Sullivan has over 38 years of business experience and has been in the nonwoven textile business for over 27 years.  Most of his career he has been in marketing and sales.  He moved into general management responsibilities in 1989 as President & CEO of Freudenberg Spunweb Company.  He has been with Freudenberg for 20 years, and was previously with the Kendall Company, a subsidiary of Colgate Palmolive, based in Boston, MA.  Mr. Sullivan was a professional military officer prior to entering into the nonwoven textile business.  He is a Vietnam Veteran and served in both the Infantry and the Corps of Engineers of the US Army.  He also served in Saudi Arabia after the Arab-Israeli War of 1967.  Mr. Sullivan left military service as a Major in 1977 after completing 11 years of service.

Mr. Sullivan was Chairman of INDA, The Association of the Nonwovens Industry in 2001 and 2002.  He has been active in INDA, representing the Kendall Company and Freudenberg for over 25 years, and has held numerous positions on committees, the Board and the Executive Committees.  He is currently the Past Chairman of INDA and Chair of the Nominating Committee of INDA.

Mr. Sullivan is a 1966 graduate of the City College of New York, BS in Geology and a 1973 graduate of the Brooklyn Polytechnic Institute, MS in Industrial Management.  He and his wife, Carol, have been residents of Durham, North Carolina for 19 years.  They have one son and two grandchildren.